In this post, we are going to take you on a tour of the house. But first, let’s offer up some background on Eichler homes for those who are not familiar with them.

What are Eichler Homes?

If we asked you to close your eyes and picture the quintessential post-war Mid Century Modern home, there is a good chance what your imagination conjures will look something like an Eichler home.

Eichler homes were those constructed by the Eichler Homes company starting in 1949 and running through 1966. The company’s name was derived from that of its founder, developer Joseph Leopold Eichler.

Eichler himself was a visionary. Not only did he create beautiful homes, but he strived to build communities that would bring people together regardless of their ethnicity or religion. This was during a time when discrimination was rampant.

Eichler homes are concentrated throughout the state of California. There are more than 11,000 in all that were built directly by the company. There are also some other houses that are referred to as Eichler homes which other companies built with the help of Eichler Homes. Sometimes, this style of home is called “California Modern.”

Who Was Aaron Green?

Aaron Green was an architect who originally hailed from Florence, Alabama. He was involved in commissioning Frank Lloyd Wright to build the Rosenbaum House for professor Stanley Rosenbaum in Florence. He ended up apprenticing under Wright, after which he served in World War II and then made his way to California where he founded his own firm, Aaron G. Green Associates, Inc.

Eichler himself actually lived in a Wright house for a time in Hillsborough called the Sidney Bazett House. Needless to say, he became a fan, which is why you can see strong markers of Wright’s style in Eichler homes.

So, it is not a surprise that Eichler ended up working directly with one of Wright’s students. Let’s take a look at the beautiful house Eichler and Green collaborated on in Palo Alto in 1966.

Now that you have some background on this house and its architect and builder, let’s take a look around this 1,595 square foot abode.

The roofline and the wide overhang above the front door and driveway instantly grab attention. Notice how the low profile of the home and the distinctive angle of the roof almost make the home blend into the surrounding landscape. This is consistent with Wright’s principles of organic architecture.

Concrete blocks offer textural interest and beams made of redwood bring warmth to the exterior, a hint of what you can expect when you step inside the home.

The interior of the house features these same materials. The concrete block fireplace serves as the heart of the home, and almost has the appearance of a sculpture with its eye-catching design.

You will also notice that the furnishings in the home have a very Frank Lloyd Wright-esque appearance.

The home’s open floor plan features a dining area in a cozy nook next to the living room. A small partition separates it from the front door, while another partition across from it divides it from the kitchen.

The slab floors exude a warm, inviting quality thanks to their terracotta color, which does a nice job emphasizing the warm reddish undertones of the wood. The floor contains radiant heating, so it is warm to the touch as well.

The wall of windows in this part of the house brings natural light indoors and almost gives you the feeling that you are standing outside. The simple design with the wood pillars and exposed beams is pleasing to the eye.

Stepping outside, you can get a better idea what the patio is like. Looking through the windows to the interior also gives you a different perspective on the flow of indoor and outdoor space in this Mid Century Modern concrete house.

As you back into the garden, you can appreciate the triangular shape of the wide awning and how much shelter it brings to the patio. You also can see how the concrete block wall on the right matches the walls of the home, blending in with it seamlessly while bringing containment and privacy to the backyard.

Here is a different angle on the backyard.

In this photo, you see one of the home’s three bedrooms. Beautiful custom cabinets are integrated throughout, matching the ceiling. You might think that concrete walls would be too “cold” for a bedroom, but these block walls feel oddly soft and inviting. The windows are narrow, but bring in plenty of light. They also fit well with the strong horizontal lines of the shelves and dresser below.

Here is another of the bedrooms. This time, we do not have concrete walls, but the furnishings are a match for those in the first bedroom we looked at.

Here is the third bedroom! In some ways, this is arguably the coolest of the bunch. It features bunk beds, one suspended above the other from a set of thin chains and support from the wall that makes it look almost as if it is floating. We see both types of walls in this bedroom, and the same warm colors and materials found throughout the house.

You can get a better idea for the overall shape of the house by taking a look at this photo taken from overhead.

Here is a shot that also helps you visualize the home’s shape somewhat, while also showcasing the beautiful greenery surrounding it.

As a point of interest, the terrain was originally flat. The landscaping itself is a work of art.

A tour through the Eichler house at 3512 Ross Rd. feels like a trip back in time. As it is staged in these photos, the house looks like it might have all those decades ago back when it was built in the 60s. It is easy to imagine that it is entirely unchanged, a kind of architectural time capsule.

Indeed, there have been no major changes to the house since its construction. The home’s original owner took care of it the entire time before finally putting it up for sale.

Listing agent Nancy Goldcamp said, “When you enter the property, you’re greeted with the quintessential mid-century modern design and aesthetic of the home. The original owner of this home lovingly cared for this custom dream home, ensuring the integrity of the original architecture was maintained.”

The house is not listed for sale as of the time of this writing. According to Zillow, its approximate value at this time is $3,414,400.

While the article that talked about the home going on sale was dated 2022, Zillow says that the house was sold in 2019 for $2,740,000, so we assume this is the correct information. Clearly it has gained significant value since then.

Whoever it was who managed to snag the 3512 Ross Rd. Eichler home, all we can say is that they are very lucky.

This is a gorgeous example of Mid Century Modern architecture and interior design, and we hope that its current owner continues to maintain it with the same integrity and attention to detail as the original owner. 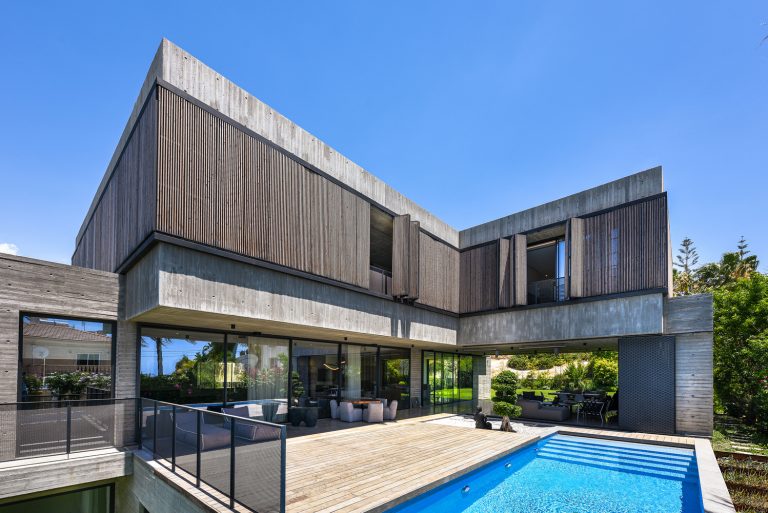 The Concrete House at Paniotis is something special. Architects Markella Menikou created this bespoke home, which is located in a suburban area of Paniotis, Limassol. It certainly stands apart from neighboring properties. Although neighbors are close-by, the home manages to achieve a feeling of openness… 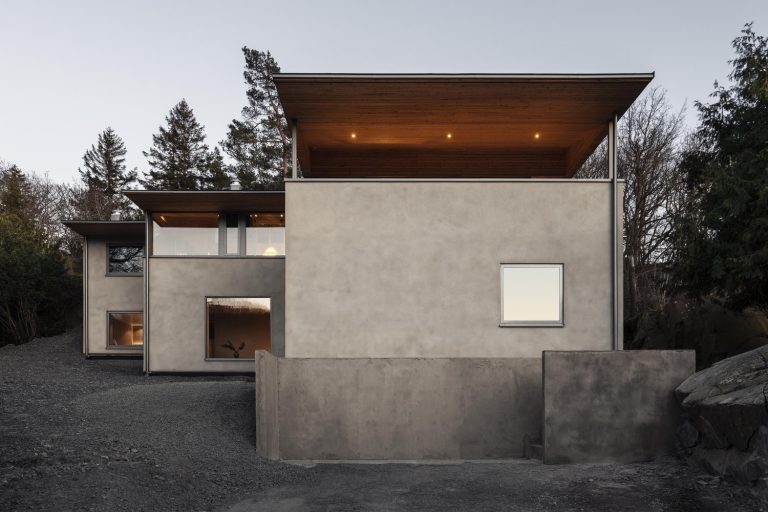 Villa Radal is a beautiful modern home designed by Bornstein Lyckefors and constructed in 2019. The location of the home in Långedrag, west of Gothenburg, Sweden, is important, because the architect’s design decisions were tailored both to the needs of the clients and the requirements…

Rinker Materials knows that for many people, affording a home is difficult. Rising costs and mortgages are putting ownership out of reach for many people. However, Rinker’s concrete pipe tiny house is designed to change that. As the company states, “owning a home is no… Situated in El Paraíso, Argentina, the Breezeway House was designed to take advantage of the lot’s two dominating landscapes: the forest and the countryside. The placement and design of the home were challenging due to the irregular shape of the lot, but the use of…