This house consists of a series of intersecting concrete planes, with the entire wall facing the pool comprised of glass. The choice of concrete combined with the elevated layout gives the distinct impression that the structure is floating weightlessly above the green lawn.

The clients were a young couple looking for a permanent residence that would feature one master bedroom, two children’s bedrooms, a large social area, and a playroom set at a maximum distance from that social area. They also wanted a swimming pool connected to the home with partial shade.

Being as the social area would be the home’s most significant feature, it made sense to design the home around it.

In many respects, this home is an artful union of opposites. The weighty appearance of the concrete contrasts with the weightless appearance of the home’s configuration. The geometric planes of glass and concrete don’t look natural, but neither do they clash with the natural world. If anything, they appear minimal and unobtrusive, keeping focus on the structure’s surroundings.

Likewise, this home is both open and enclosed. From the front, it is private, but from the back, it opens out onto the world. Large windows throughout the home ensure that plenty of natural light pours in and that beautiful views can be enjoyed by residents no matter where they are.

The architect writes, “The supporting structure is organized around two parallel inverted beams running along the whole house. So as to visually emphasize the volume’s horizontality, these beams were set back from the closing shell, both at the front and the back. Lying according to the space’s interior organization, these structural stripes help arrange the service corridor at the front, the social areas and the semi covered deck at the back.”

Great thought was put into the placement of the swimming pool. By raising it up on cantilever sides, the architect was able to cleverly produce the impression that the pool is a flat plane of water. It therefore mirrors the concrete and glass planes comprising the home figuratively, while also serving as a literal reflective mirror.

While the swimming pool will require regular upkeep, the choice of concrete and glass for the house makes for a sturdy structure that won’t require a lot of maintenance over the years to come. Such a home could be passed down for generations.

All told, Luciano Kruk’s design decisions for the Escobar Mansion have led to a unique minimalist home that is elegant, streamlined, and at home in its environment. It offers a flow of interconnected spaces between indoors and outdoors, as well as between the rooms within the house, all while preserving the privacy of its occupants.

Rinker Materials knows that for many people, affording a home is difficult. Rising costs and mortgages are putting ownership out of reach for many people. However, Rinker’s concrete pipe tiny house is designed to change that. As the company states, “owning a home is no… 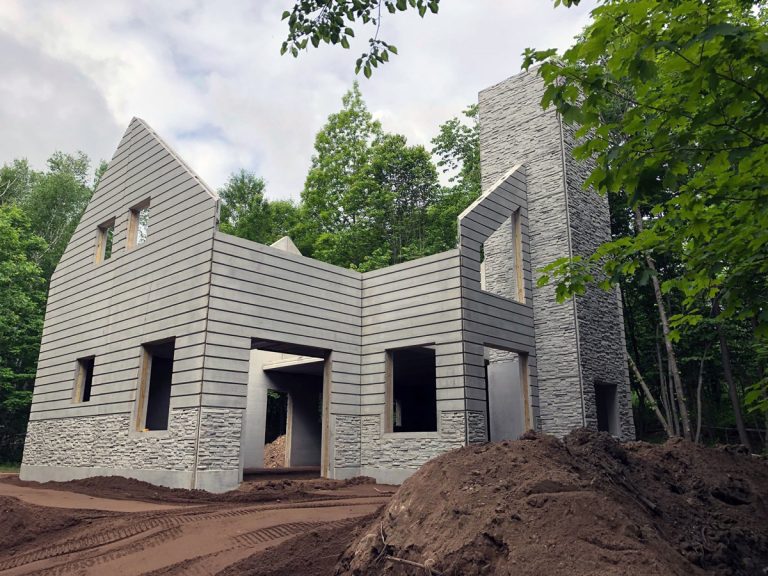 Headquartered in Lino Lakes, MN, Molin was founded in 1897 and is a leader in precast concrete components. The company serves as a source for complete precast building systems. They offer product design, manufacturing and installation of precast concrete products. Molin Precast Concrete Homes &… 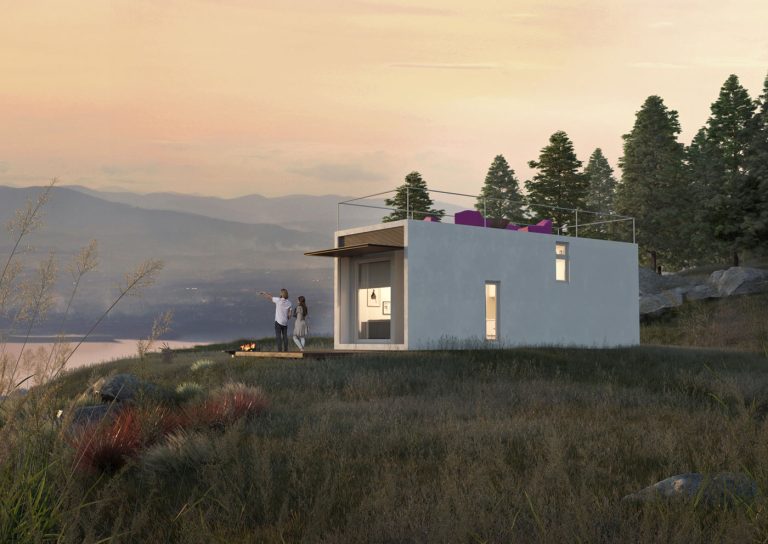